GPSC Updates, GPSC, GPSC Ojas Updates The Gujarat Public Service Commission (GPSC) was formed under article 315(1) in the Constitution of India in 1 May 1960. To select applicants for civil service jobs in the Indian state of Gujarat according to the merits of the applicants and the rules of reservation. It was formed in 1960. 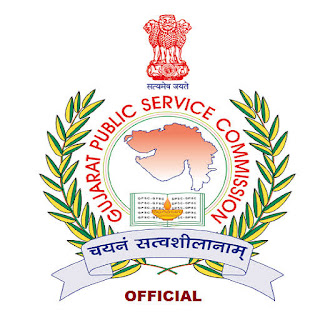 The gujarat public service commission was constituted under article 315(1) of the constitution of india has defined function of the public service commission in which one of the most significant power listed is the power as an advisory. It can give advice to the president and the governors of any state in.
As per the provision of the Constitution of India formation of the Gujarat Public Service Commission has been made on 01-05-1960.
How to Download GPSC Exam Calendar?
Visit official site of Gujarat public service commission which is gpsc.gujarat.gov.in
Go to “Latest News” section on the home page to check GPSC Exam Dates 2021.
Hit the given link of GPSC Exam Calendar 2021 as mentioned below.
(Updated Advertisement Calendar for the Advertisements published/to be published during the year 2021)
Now hit on “Calendar for the Examinations to be conducted during the year 2021” link.
A PDF file will be opened on your system screen having GPSC Exam Calendar.
Thereafter contenders can save GPSC Examination Calendar or take a printout of it for further use.
Important Link:
Call letter:Preliminary Exam/Main Exam
GPSC Revised Updated Exam Calendar for the Year 2021
GPSC updates
Following functions have been entrusted to the Gujarat Public Service Commission under Article 320 of the Constitution of India.
To conduct examinations for appointment to the services of the State.
The matters relating to methods of recruitment to various Civil Services of the State;
The principles to be followed in making appointments to civil services of the State and granting promotions, transfers from one service to another and the suitability of candidates for such appointments, promotions and transfers;
All the disciplinary matters affecting the Government servants,
The claims of reimbursements of legal expenses incurred by Government Servants in defending themselves in legal proceedings initiated against them for the act done or purported to be done by them while executing their duty;
The claims for granting injury-pensions to Government Servants; and
Any other matters that may be referred to the Commission by His Execellancy the Governor
GPSC Ojas Updates
Information of the recruitment made through the Competitive Examination
On receipt of the requisition from the Government to select the candidates for the posts shown in the Table-I falling under the purview of the Commission, the advertisement is published by the Commission in the leading Gujarati, English newspapers and Gujarat Rojgar Samachar.
The candidates are selected on the basis of the marks secured by them in the written examination or written examination and viva voce, subject to satisfying the eligibility norm. After sending the recommendation of the selected candidates to the Government by the Commission, The Government issues the order of appointment / training.
GPSC Updates
GPSC latest updates are given below.
GPSC Gujarat Exam Calendar 2021
Exam Calendar 2021 Highlights
Conducting Authority: Gujarat Public Service Commission
Job Location: Gujarat
Application: mode Online
Official site: gpsc.gujarat.gov.in
Share Tweet Share Email
Newer Post Older Post